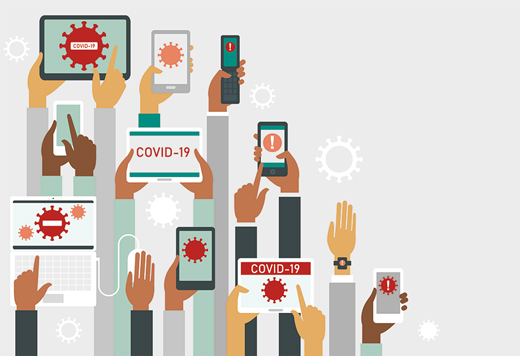 Professr Roxane Cohen Silver (University of California Irvine) kicked off the session (at 5am her local time!) discussing some of her own research into the effects of exposure to news coverage of traumatic events on the general public. Following the September 11th terrorist attacks Cohen Silver said she and her colleagues were surprised to find that those people who were exposed to six to eight hours of TV news coverage per day showed similar psychological effects to those people who witnessed the attacks first-hand. Thanks in part to the rise of smartphone cameras, the images being released in the aftermath of the 2013 Boston Marathon bombing were particularly gruesome. Cohen Silver found that those who engaged with the news, through a variety of media, for six or more hours per day showed higher levels of acute stress than people who had been present at the bombing itself.

In the years following this bombing the USA experienced a number of other traumatic events, including the 2016 terrorist shooting at Pulse nightclub in Orlando where 49 people died. Cohen Silver has followed the participants in that study since then and said that those people who were engaged in a higher amount of exposure to media after the Boston bombing were more likely to be anxious about terrorism over the subsequent years, have post-traumatic stress symptomatology, and were more drawn to news coverage about terrorism in general. ‘Those who spent more time engaged with the media in 2013 were more likely to be anxious and more likely to expose themselves to images, and to stories, and to the gruesomeness of the aftermath of the Orlando nightclub shooting.’

Five days after Covid-19 was declared as a national emergency in the USA Cohen Silver started a longitudinal study and has so far surveyed 6,500 people. While Covid-19 does not present the public with particularly graphic or gruesome images, the news has been relentless, repetitious and worsening each day. ‘A very, very big difference about Covid and the kinds of events that I have previously studied is that with Covid we’re in the eye of a storm, and we don’t know how long that storm is going to last,’ she said. ‘The other thing that’s extremely important about Covid is that the media is the means not only of how people learn about this trauma, but it’s also how they’re learning about the rapidly changing science, and the information about ways in which they can protect themselves. It is very important that people stay apprised of the new information that’s coming out from the biomedical side, and because of that it we certainly aren’t encouraging people to keep their heads in the sand.’

Dr Linda Kaye (Edge Hill University), Chair of the BPS Cyberpsychology Section, spoke about some of the benefits of our online worlds – in gaming and social media – which have helped to bring people together and build community during the pandemic. Kaye also touched on our changing way of working and the overwhelming tiredness people have been reporting from countless video conferences, or ‘Zoom fatigue’ as it is now known. Kaye said that our monitoring of our own self-presentation and behaviour during video calls, as well as a lack of subtle social clues, can be particularly draining.

Conspiracy theory researcher Dr Daniel Jolley (Northumbria University) addressed some of the many wild theories about Covid-19 which have been proliferating since the very start of the outbreak. He pointed out that conspiracy theories were particularly likely to emerge during significant events and at times of crisis when feelings of threat, uncertainty and anxiety abound.

Finally, Managing Editor of The Psychologist Dr Jon Sutton highlighted the vast number of interviews, features and psychological perspectives on Covid-19 that the magazine has published since the outbreak began. Sutton highlighted some narratives that had been particularly present, or surprisingly absent, during the pandemic. These included public fragility vs resilience based on shared social identity; whether policy has been ‘led by the science’; and the surprising psychological influences on vaccine effectiveness. He also addressed whether psychology is ‘crisis ready’, and how we might get better at ‘telling stories’ in order to influence public understanding. Recognising the importance of ‘intellectual humility’, Sutton concluded: ‘Sometimes I just wonder whether we need to get over ourselves. Personally I don’t think Psychologists are especially good, or especially bad, when it comes to tracing that “golden thread” from evidence through to policy pronouncement… all disciplines are facing these kinds of questions, and we shouldn’t imagine some kind of hierarchy or hide our light, we should just crack on with working alongside other disciplines in order to give “to the best of our knowledge” advice.’